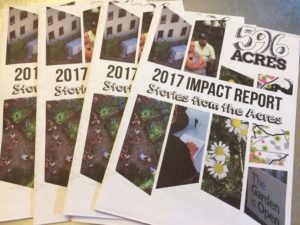 Community Governance Cards by 596 Acres to help facilitate the development of healthy group dynamics and habits (July 2015, design by Rachel Albetski). We created an edition of 400 of these, printed by Radix Media and bound with ring. Click the link to see the PDF and feel free to make your own edition, or purchase them in our Store. 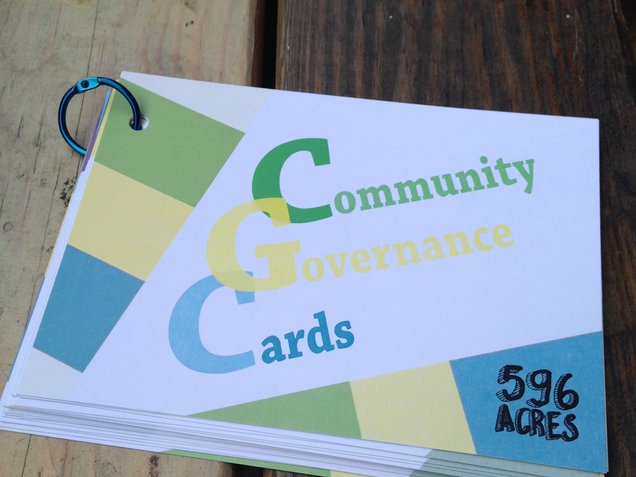 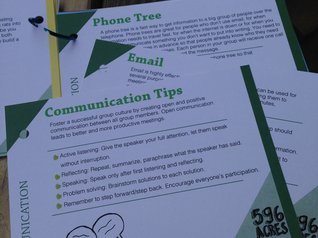 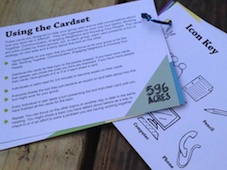 You’ve Found the Lot in Your Life — NOW WHAT? (April 2012, illustration by Hannah Learner).

This Land Is Your Land sign in the wild

THIS IS AN ACTIVE URBAN RENEWAL AREA (2014, metal sign, design by Partner & Partners).

THIS LAND IS YOUR LAND (July 2013, metal sign, design by Partner & Partners).

New York City Posters & Provocations: There is land if you want it

Volunteers put up 596 Acres signs and posters on a fence

BRONX There is land if you want it (April 2013, design by Laura Alvarez).

This is Rockaway, Queens. There’s Land If You Want It (June 2012, design by Tres Romer & Julia Samuels).

There’s Land If You Want It (Manhattan) (June 2012, design by Mauro Carichini).

There’s Land If You Want It (Brooklyn) (April 2012, design by Julia Samuels).

There are 596 acres of vacant public land in Brooklyn (originally produced for the New Ideas for the New City Festival, May 2011, design by Julia Samuels).

What Do We Do With Our Land: an annotated map of land stewardship on the Lower East Side (originally created for the New Museum Ideas City Festival, May 2015, with Deborah Berke Partners and GRT Architects; listen to related audio on our blog).

A special issue of the journal Cities and the Environment, “Urban Vacant Land and Community Access,” based on the Vacant Acres Symposium that 596 Acres co-organized at the New School in 2014, was published in October 2015! It’s awesome to have an issue dedicated to academics studying community access to land in our cities and practitioners from our Land Access Advocacy Network! Check out the issue to read about parallel efforts in Berlin, Philadelphia, Chicago, Montreal and more!

Handmade in the 596 Acres Store

I’m So Lucky You Found Me: public land inside the city

We produce silkscreened posters and handmade books contemplating and celebrating community land access in New York City and around the world. Check them out in our Store!