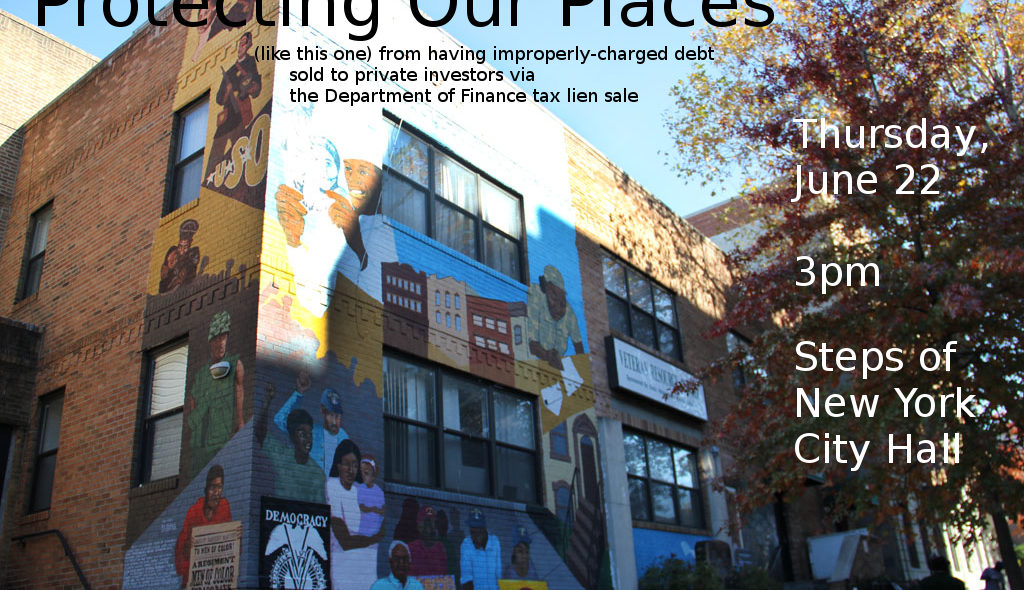 NEW YORK — This week, 2017, a bill will be introduced to exempt charities from the annual tax lien sale, which takes tax, water and sewer debt owed to the City and converts it into liens that are subsequently sold to a designated private trust managed by the Bank of New York Mellon. The bill also stipulates that charities be notified of their right, under state law, to refunds of any taxes paid. On Thursday, June 22, 2017, advocates, community leaders and elected officials will gather on the steps of City Hall to encourage swift action on the bill and to announce other developments. The rally will take place on the eve of the deadline for property owners to pay debt or enter in payment agreements to be removed from this year’s sale.

WHO:             Advocates, clergy, community members and elected officials, including:

WHAT:           Rally to support bill to exempt charities from tax lien sale

There will be signs and other visuals at the event.