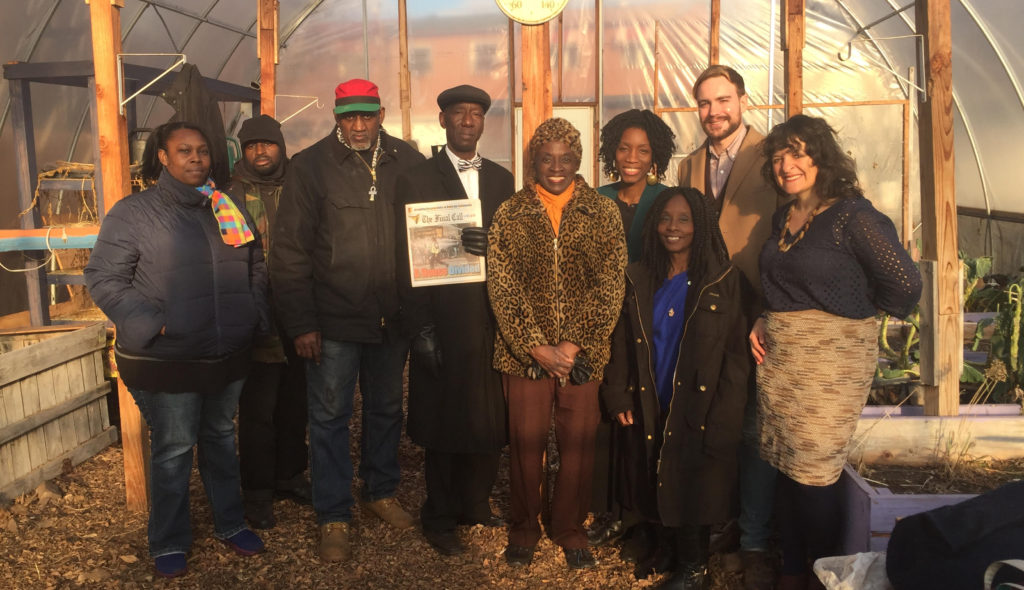 Brooklyn, N.Y. — A revered Brooklyn community garden and farm was saved from demolition after Mayor de Blasio cancelled plans to sell the city land to a private housing developer for just $1. The Mayor’s announcement comes after a protracted multiyear fight about the future of the Green Valley Community Farm, including eviction threats and legal action.

“The Green Valley Community Farm victory ensures that farmers can continue the garden’s 20 year legacy of growing and distributing fresh produce for Brooklyn residents,” said Paula Segal, attorney at the Community Development Project of the Urban Justice Center and founder of 596 Acres.

596 Acres, a nonprofit organization that advocates for community land access, triggered a campaign to save the farm after uncovering a list of 18 active garden sites that the New York City Housing Preservation and Development department (HPD) was willing to sell to developers for $1 each. 596 Acres supported local organizing around this site and others threatened citywide.

596 Acres alerted community gardeners throughout New York City and a fight for the future of open space ensued. In December 2015, after a year of rallies, letters and phone calls, Mayor de Blasio announced that 15 of the active garden sites on HPD’s list would be transferred to the Parks Department and permanently preserved as community-managed spaces, along with 21 others that also existed only because of interim use agreements. The move was applauded by park advocates and elected leaders, including New York City Council Member Inez Baron. Just three months later, Green Valley gardeners received notice from the city that only 20 percent of the farm — 1,600 square feet — was transferred, with the rest still slated for private development.

Green Valley finally won the fight this week after the Community Development Project demonstrated to the administration that the stewards were ready to defend the land in landlord-tenant court and to file their own lawsuit against the City.

“We are suspending plans at this site,” Mayor Bill deBlasio’s office said in a statement on Monday, January 30. “The City has been in communications with Green Valley since 2015 about the extent to which they can continue to use the site as a garden, as there was a misunderstanding about the garden’s boundaries in the initial agreement. All things considered, the City has concluded it would be best to allow the garden to remain on the full site.”

“Green Valley gardeners have been tilling the soil with one hand and reading eviction notices in the other for the last two years,” said Brenda Thompson-Duchene, of Isabahlia Ladies of Elegance Foundation, which operates the food production programs and market at Green Valley. “Our victory means we can turn our energy back to healthy foods that help Brooklyn residents thrive and continue to ensure our garden is an oasis for all our Brownsville neighbors and New York City residents.”

“We are celebrating!” exclaimed Council Member Inez Barron said, standing in the 85-degree greenhouse on a cold, bright winter day. “East New York and Brownsville have the highest incidents of diabetes in the whole city. Diet and nutrition are very important to controlling the disease. The farm is right here in our own backyard and we are so glad that it is staying. We are glad that our collective effort to struggle to maintain all of Green Valley Community Farm has brought us this victory.”

Community farms are among key community-stewarded spaces that give vitality to New York City. Through resident stewardship of public land, especially where acres of it have languished behind fences for decades, residents meet their needs for healthy food, green space, community and culture.

Isabahlia Ladies of Elegance Foundation is based in Brownsville and provides fresh food, education and opportunities for intergenerational collaboration between Brownsville residents. In addition to the Green Valley Community Farm, Isabahlia runs the farmers’ markets at Powell Street Garden, 410 Livonia Ave.