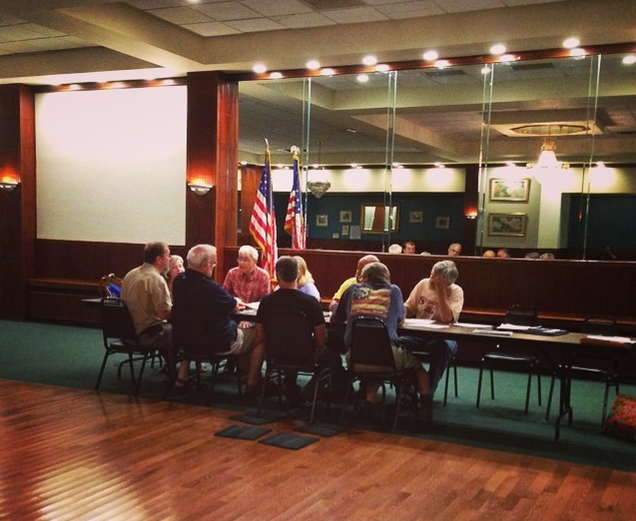 When an organizing group is applying to GreenThumb (a program of the Parks Department that licenses gardens on most city-owned land) earning a letter of support from the local Community Board (CB) is a key requirement and often, a daunting task. This summer, thanks to a grant from the New York Community Trust, in addition to our usual work of lot labeling and helping neighbors organize, we visited the seven community boards with the most amount of vacant, public land in the five boroughs: Bronx CB1 (7 acres in the South Bronx), Bronx CB3 (6 acres in the South-Central Bronx), Brooklyn CB3 (5 acres in Bedford-Stuyvesant), Brooklyn CB5 (85 acres in East New York and Cypress Hills), Brooklyn CB8 (⅗ of an acre in Crown Heights and Weeksville), Brooklyn CB16 (19 acres in Brownsville and Ocean Hill), and Queens CB14 (128 acres in Rockaway).

We approached each board with three broad goals: (1) to educate them about how accessing the city’s land works and the role of Community Board support in the GreenThumb application process, (2) to expose them to the reality of the amount of vacant, city-owned land in their district, and (3) to introduce them to neighborhood groups that might come seeking a letter from them in the near future. We visited each board at least two times, first distributing our New York City Advocate’s Guide to Land Access and later sharing district-specific maps that highlighted all the vacant, city-owned lots, the agencies which have jurisdiction over them, and the contact information for the neighbors that are spearheading projects on those lots.

Initially, the most interesting thing was the varying routes we took just to speak to these boards – the same routes that organizing groups need to navigate. Since community boards are volunteer bodies, each runs according to its own procedures. Whereas CB1 in the South Bronx asks presentors to fill out a short application to be put on the agenda of their Land Use and Housing Committee to make a ten-minute presentation, Brooklyn CB5 in East New York invites residents to just show up and introduce their projects in a 3-minute speaking slot which occurs at the start of every meeting. Some boards are a shot in the dark: Brooklyn CB16 in Brownsville doesn’t have a distinct pathway, but you can make an announcement at the very end of a two hour meeting and see what next move is suggested for you to make. The Queens CB14 Land Use Committee started the process of creating a pathway after our presentation; they were not aware that Community Board support was an integral part of the GreenThumb application.

Some of Community Boards have resistance to new projects for varying reasons and the result is confusing or unattainable requirements for support. On the other hand, we also encountered boards that were surprised to hear they would be asked for anything, not knowing their support was an essential step for these neighborhood groups or a requirement for applying to GreenThumb. One of the most interesting meetings we encountered was with Queens CB14 in the Rockaways, who has yet to experience a group seeking a letter of support despite their excessive amount of vacant, City-owned land. Our presentation prompted a discussion immediately following the meeting to lay out guidelines for what they want to see from neighbors asking for their support.

We were surprised that nearly all the Community Board members we interacted with were unaware of the details and specifics of how accessing public land works and had a range of misconceptions about the roles of city agencies and programs. Brooklyn CB8’s close-knit Parks and Recreation Committee in Weeksville was extremely interested in 596 Acres’ work; they repeatedly thanked us and even invited us to table at an upcoming neighborhood street fair. The Housing Committee of Bronx CB3 in the South-Central Bronx invited our return to give future presentations at any time.

Residents were present at these meetings, too, so along the way we collected new organizers and friends, folks adding themselves to our site and starting to work on projects after learning about the possibilities available to them. A few community board members even became organizers themselves, having just learned that opening up the fences around our shared public lands in their districts and on their own blocks is a real option! Our hope is that moving forward neighborhood groups organizing to start gardens, parks, or open space will have an easier time working with their community boards to create new and exciting community hubs. 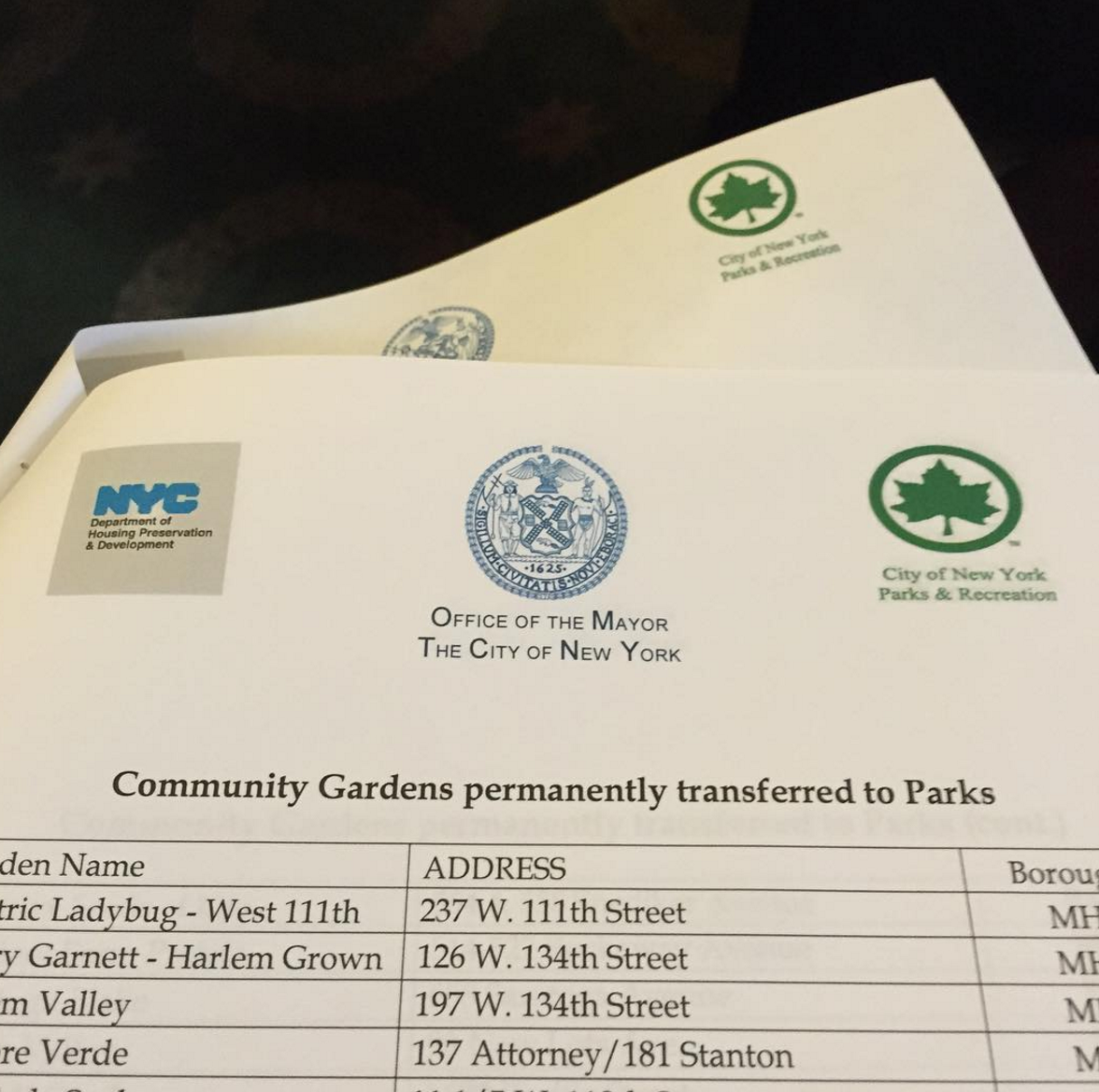 News from the Acres: 17 gardens that took the place of vacant lots via 596 Acres’ facilitation became permanently protected community gardens over the holiday!

The big news first: 36 gardens were transferred to the NYC Parks Department over the winter holiday for permanent ... 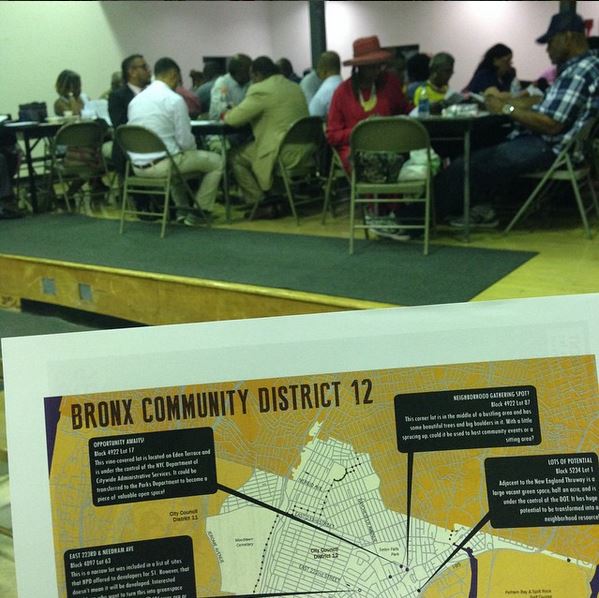