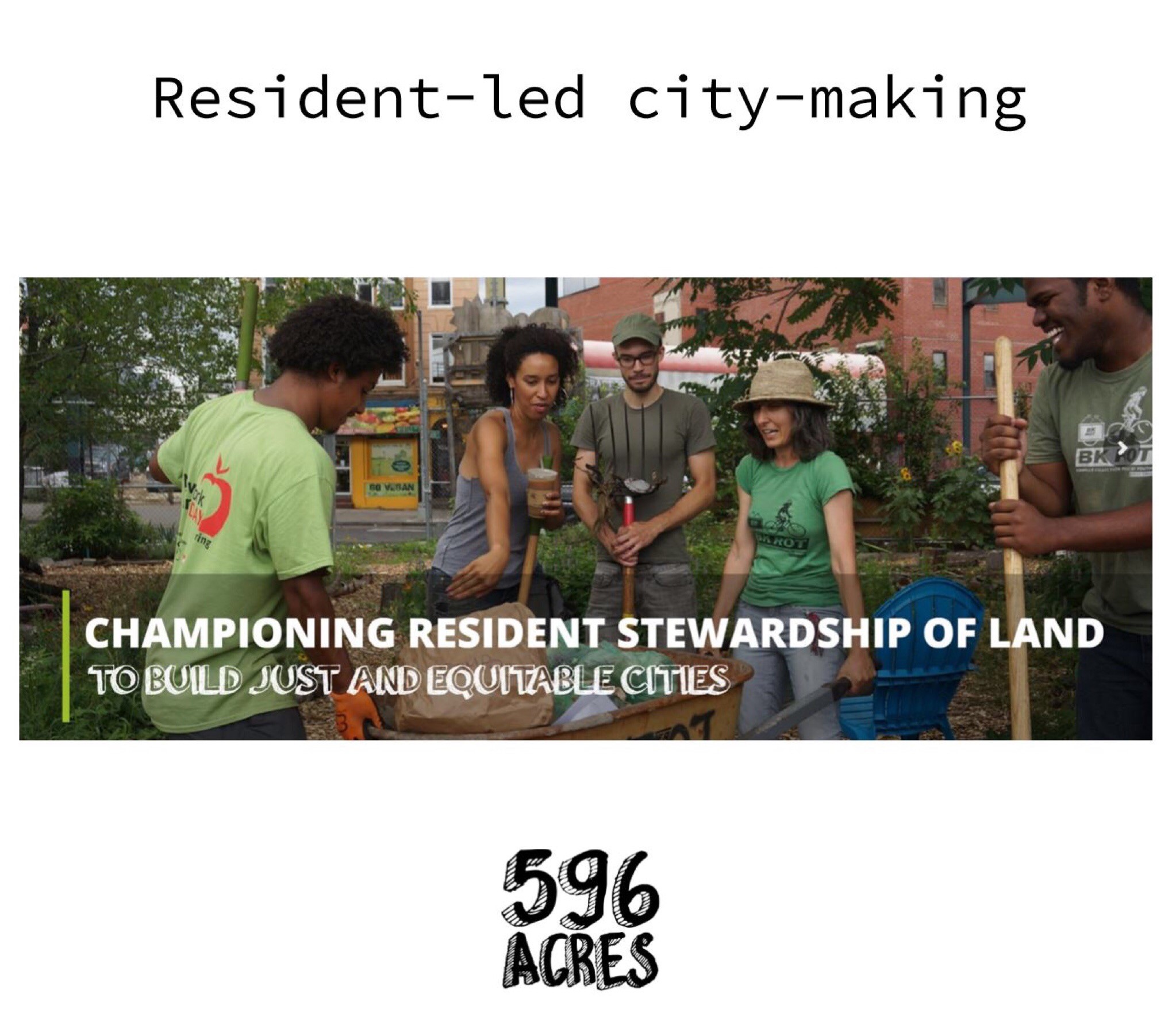 The most impacted people are in the best position to lead and sustain the development of our neighborhoods! In this session facilitated by Stephanie and Mara of 596 Acres, hear from these local community land access advocates turning vacant lots across NYC into community spaces, or supporting that work with accurate data: