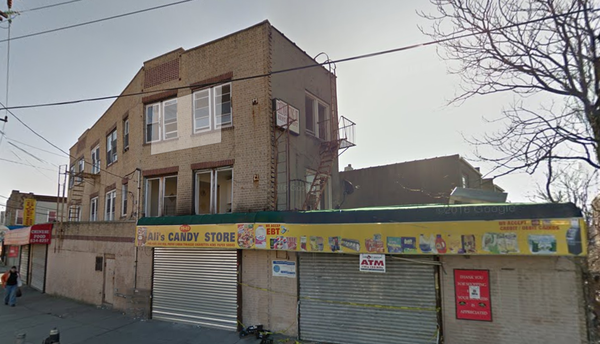 The story that we often hear is that real estate in New York City is running out. In this atmosphere of scarcity, communities are asked to choose between necessities: parks and gardens, much-needed housing for seniors, a day care center. Yet we look around our neighborhoods and see thousands of holes: neglected private properties collecting garbage, tax debt and worse while absent private owners face no consequence. Boarded up houses and vacant lots collecting trash are not a part of New York City’s past. They are New York City in 2016.

Thanks to the municipal Tax Lien Sale, the City routinely gives up leverage the unpaid taxes offer (see http://citylimits.org/2016/05/10/cityviews-stop-the-tax-lien-sale-that-will-destroy-a-community-garden/).

And so communities and their elected representatives are doubly disempowered. We don’t know the state of vacancy in our neighborhoods and we don’t have the means to hold private owners of neglected places responsible.

The Housing Not Warehousing Act, a package of three City Council bills, will help change this by adding transparency and accountability to vacant public and private property in our neighborhoods. The bills in the Act:

The passage of the Act will lead to opportunities to replace abandoned spaces with public resources like gardens, parks, farms, cooperative business and permanently affordable housing. Local residents are best poised to know the needs of their neighborhoods, and often already have visions for what they would create if only they could access the space and resources needed to aid in the transformation.

The Act will also help protect existing community spaces that neighbors have created, out of desperation, on abandoned privately-owned land. Those living near abandoned private properties have few choices: continue to live with holes and dumping grounds in their midst, or make improvements without any cognizable legal interest in the properties they are improving. In desperation, community organizations advocate for demolition of dangerous structures and people get together to replace vacant lots with gardens and other shared outdoor amenities.

Read more about the Act on the website of Picture the Homeless: http://picturethehomeless.org/announcing-the-housing-not-warehousing-act/

Picture the Homeless and 596 Acres are both part of the New York City Community Land Initiative (NYCCLI.org).

Paula Z. Segal, Esq.
Thank you to the Committee for holding this hearing on the Housing Not Warehousing Act. I am speaking today as Director of New York City’s Community Land Access Advocacy Program. Over the last five years, we have facilitated the creation of over 40 community-managed open spaces in the form of farms, gardens and pocket parks that replace land that had been left fallow for decades. Most are on City property and the majority have been transferred to the NYC Parks Department thanks to our work together last year.

The story that we often hear is that real estate in New York City is running out. In this atmosphere of scarcity, communities are asked to choose between necessities: parks and gardens, much-needed housing for seniors, a day care center. Yet we look around our neighborhoods and see thousands of holes: neglected private properties collecting garbage, tax debt and worse while absent private owners face no consequences. Boarded up houses and vacant lots collecting trash are not a part of New York City’s past. They are 2016.

596 Acres has become the City’s hotline for vacant lots. My testimony today reflects five years of answering the phone when neighbors call asking what they can do about the abandoned and dangerous lot in their lives and on their block. Too often, the answer is “Not much. The property is privately owned.”

This Act, when passed, will change that answer. A registry that all individuals and corporations holding their property vacant will have to enter or pay penalties will put New Yorkers back in control of their neighborhoods. It will begin the process by which the City can chose to make a private blight into public good. An annual count will ensure that the registry is meaningful and enforced.

The Act, when passed, will also require the City to regularly compile a list of all city, state, federal, and authority-owned vacant property. Nothing comparable exists now, leaving advocates, their elected representatives and administration officials with an incomplete understanding of the opportunities we have to create positive change in neighborhoods.

To do our work, we have combed through the available data about property in New York City to arrive at a reasonable but still inaccurate map of vacant public land. You can find that at livinglotsnyc.org.

We use PLUTO and the IPIS database. We have access to everything you have access to. Yet the data we have about public land is confounding: state, federal and authority-owned properties are difficult to distinguish, if included at all. The MTA and NYCHA lots that appear on our map are there because neighbors identified them, not because they were located in any database. Yet all public property is a site of public opportunity.

For example, of the 40 community-run open spaces that we have helped to create, two are on MTA properties that the Authority didn’t acknowledge as vacant lots because from their perspective they only existed as subway tunnel roofs.1 The successful land access campaigns that led to these thriving spaces also started with phone calls to our hotline made by neighbors. These were calls that ended in something more hopeful than “Not much,” but without a list of all state, federal, and authority-owned vacant property in the City, we are left waiting for neighbors to take initiative and call.

Data about City property is better but not by much: 2 inch slivers are “lots” in the parlance of the Department of Finance and hundreds appear in the lists of City-owned properties, a signal-to-noise ratio that makes understanding where City-owned property actually is a time-consuming and difficult task. Vacant lots are listed as “parking” and active gardens appear as “vacant.” The accurate accounting of municipal property that the Act requires would at least provide all of us with key knowledge of where the opportunities are.

We look forward to working together to reverse the narrative of scarcity and add even more vibrant places to our neighborhoods. Thank you so much for the opportunity to testify this morning.

[1] I am referring to the fledgling Bangladeshi American Community Development and Youth Corporation Garden in City Line East New York and Q Gardens in Flatbush.

Alexis Smallwood
I am here today to ask that you create a registry for private land and property.

The registry would force all individuals and corporations with vacant properties to register them. Those who fail would pay fines and the city could ultimately have leverage over their property and give it back to the community, improving neighborhoods dramatically.

Currently, these properties have been abandoned by their owners and have become major eyesores. These property owners are creating a quality of life issue because when properties are not maintained, they become a dumping ground and infested with rats and roaches. This adds to the problem of broken windows in the community. Homeless people and families move in, and because the city has no leverage over these properties, it cannot provide the support or homestead opportunities so that these families can live safely.

An example of this is 357 Beach 70th Street. Neglectful landlord, Tanisha Blair, has abandoned the property for the four years that she has owned it [The debt Ms. Blair owed to the City for unpaid property taxes has been sold in the 2015 and 2016 tax lien sales. -ed. ]The previous owner also abandoned it for years, accruing tax debt and sanitation tickets. Tanisha has not paid her taxes and the city has sold the tax debt to a private debt collector, who is now in the process of foreclosure. Tanisha likely would not have registered on the registry that this bill would create, and the city would then have leverage over the property.

We, Rockaway Wildfire, would like to turn this building into a worker-owned cooperative with a café. Because there is not a law in place to hold Tanisha Blair responsible, we cannot get the property. The city needs to hold private landowners responsible for their irresponsible behavior, and create this registry. 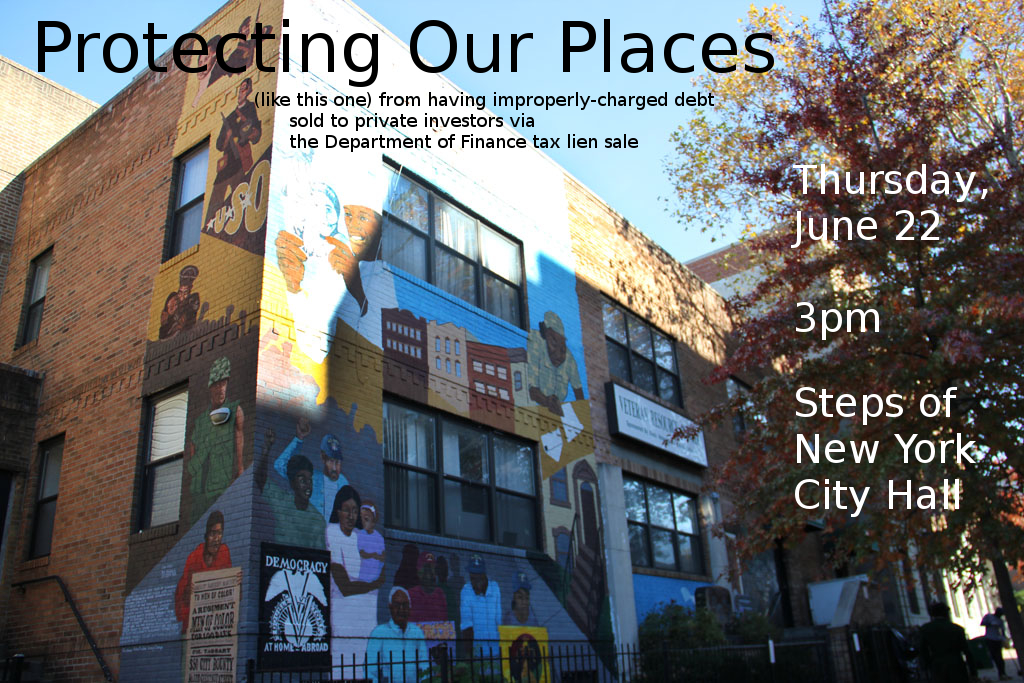 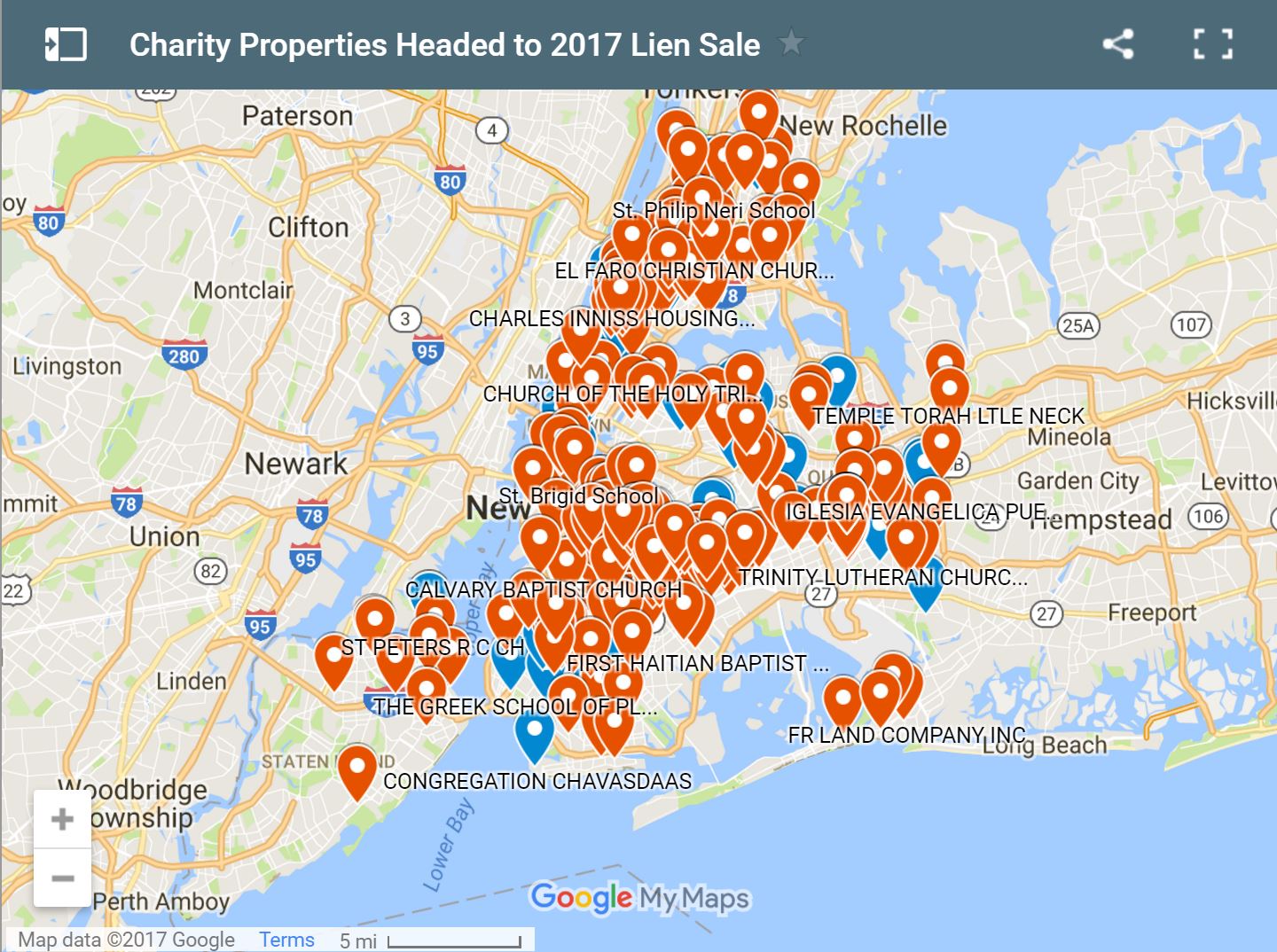 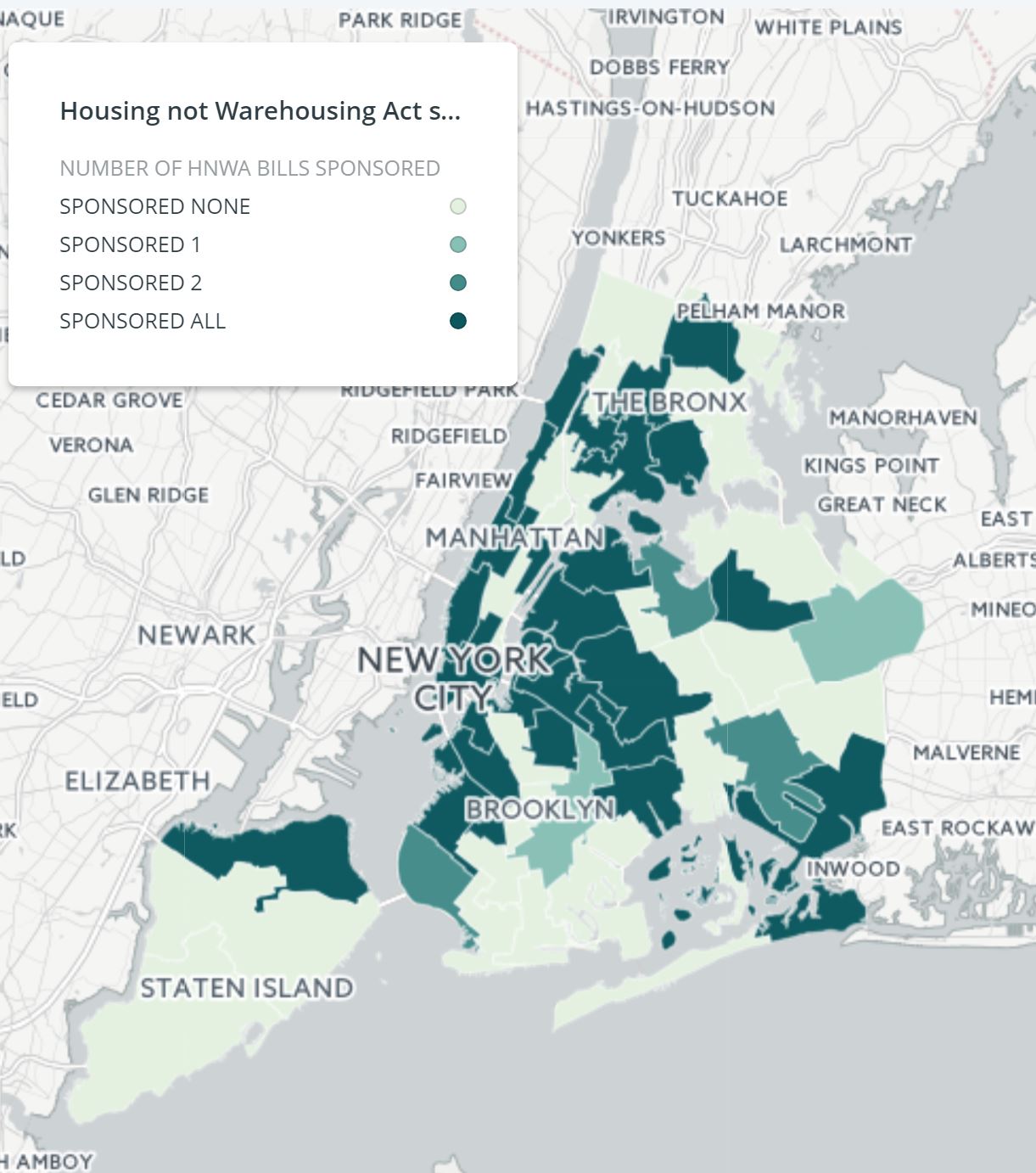