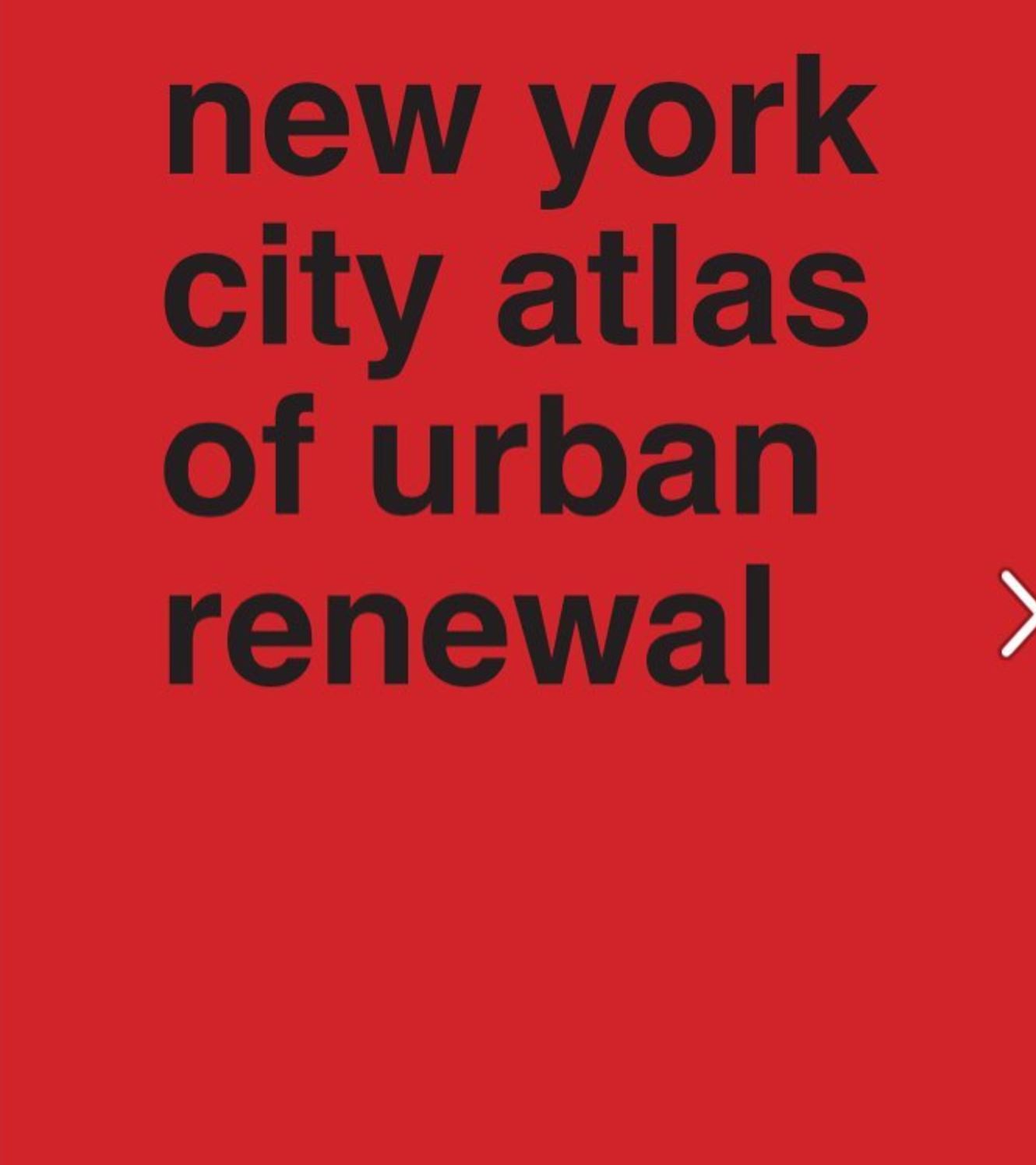 Urban Renewal has been among the most destructive urban policies in the US, destroying thousands of so called “blighted” neighborhoods and displacing over a million residents within predominantly lowincome communities of color. This panel addresses the lasting impact of this policy on our city, and the role of grassroots groups in successfully intervening in this framework to create more just community spaces. The panel presents the recently published New York City Atlas of Urban Renewal —a critical cartographic account of this legacy—and brings together urban practitioners featured therein for a conversation on the role of community planning in urban renewal policies.