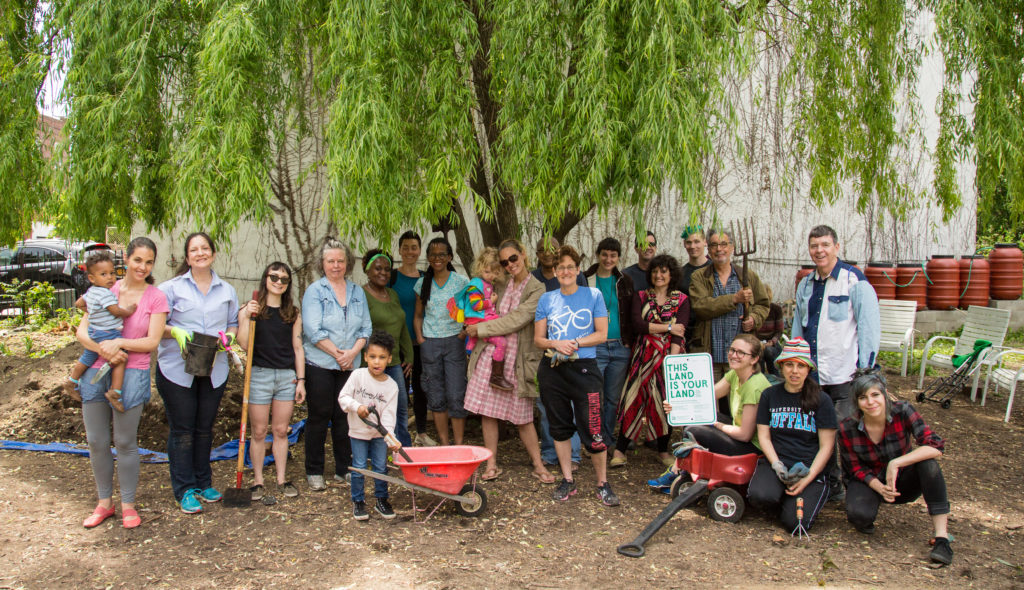 BROOKLYN, NY — Today, the NYC Department of Parks and Recreation plan to acquire Brooklyn’s Maple Street Community Garden was approved unanimously by all parties after a four-month Uniform Land Use Review Procedure (ULURP). The move is the result of a multi-year community land access advocacy campaign supported by 596 Acres and the Community Development Project at the Urban Justice Center. That campaign brought together gardeners, the descendants of the immigrant family that once called this lot home, elected officials, advocates and city agencies to protect an inclusive public green space that provides incalculable public benefit, created by and for neighbors out of an abandoned lot on their block.

“We are so grateful to everyone who supported and protected Maple Street Community Garden together, ensuring folks can continue to flourish there for years to come,” said Mara Kravitz, 596 Acres’ director of partnerships. “Like any secure resident-stewarded community space, Maple Street Community Garden will be able to serve the needs and dreams of people who live nearby for the long-term, while providing a public resource for everyone.”

Maple Street Community Garden advocates and gardeners testified at every public hearing in the ULURP process. Beginning at Community Board 9 (CB9) in April  2017, gardeners told powerful first-hand stories centered around how the garden gives diverse residents a vital venue to meet one another and grow community, all while stewarding their local environment. The garden’s gate is never locked. Inside, neighbors grow fresh produce together on raised beds, maintain and enjoy educational resources like a small, free lending library, divert pounds of organic waste from landfills via community composting, and enjoy the shade of the large weeping willow tree. In this precious and dynamic green space, neighbors shape their own lives via their environment and build neighborhood strength.

“We have been thrilled to work with 596 Acres to make sure that City processes – like the possibility of having the City acquire abandoned property to create a community resource – are accessible to neighborhood residents that kept New York City operating through decades of disinvestment,” said Paula Segal, attorney with the Community Development Project at the Urban Justice Center.

The weeping willow tree, now the site of BBQs and potlucks, used to stand next to a house, which burned down in 1997, years after its last owner passed away without children to directly inherit it. The house was then demolished by the City and the property was included in the 1998, 2002 and 2006 tax lien sales; the investor-backed trust that bought the debt never foreclosed. For decades, the lot became a dumping ground for tires, washing machines and other rubbish. In 2012, the block association, sick of the mess, initiated a cleanup and transformed the dump into the Maple Street Community Garden.

Three years after changing the course of this dumping ground’s fate, gardeners were threatened by eviction from speculators with a dubious deed and a well known history of fraud. 596 Acres connected gardeners to legal representation and successfully staved off eviction, while helping contact the legitimate heirs. Acknowledging the importance of this community space, Council Member Mathieu Eugene and Borough President Eric Adams set aside a total of $1.25 million for the land’s acquisition.

ULURP requires review of a proposal for City acquisition of property by the Community Board, Borough President and the City Planning Commission (CPC); City Council can also call the proposal up for for a vote. The Community Board and the Borough President provide advisory opinions to the Commissioners, who vote on the matter. The Commission resolved to approve the NYC Department of Parks and Recreation plan to acquire Maple Street Community Garden on July 26, 2017. City Council approved without calling the proposal for a hearing or vote.

“Grassroots-led solutions to abandoned privately-owned land can effectively bring these lots back to public use as lasting public resources,” said Ms. Kravitz. “It’s not just a theory: this is how it can work in reality.”

“We are working together to make sure that the money ultimately finds its way to the family that once owned this property,” said Ms. Segal. 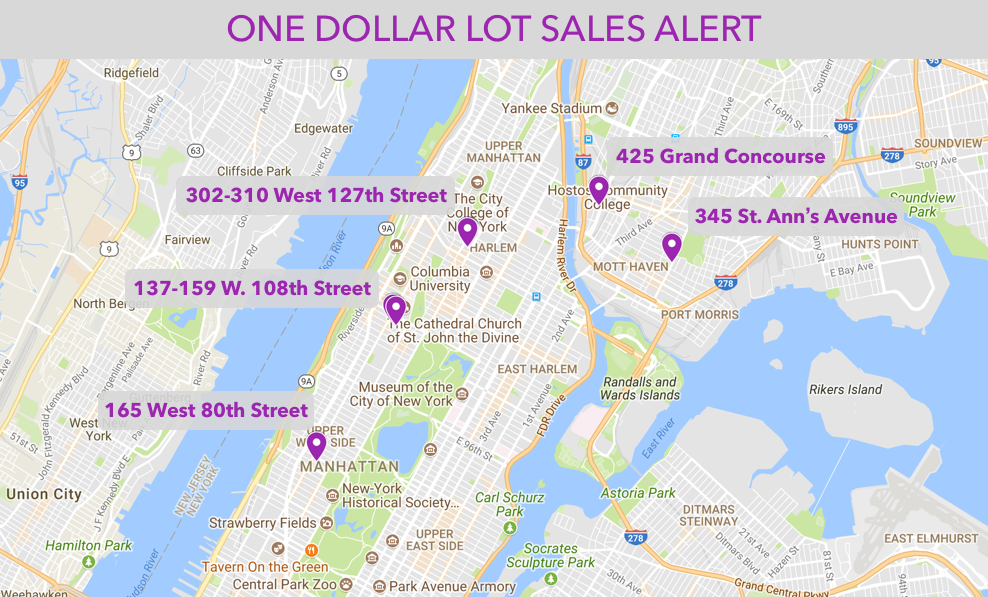